Six Polish artists arrived in Auroville at the beginning of January 2012 to remain there for two months, working on an exhibition that opened on the 3rd of March 2012 and lasted through the 11th of March at the local Kala Kendra gallery.

The project's aim was to document the residency of a group of East European artists in Auroville, an experimental town in Southern India. It was meant to explore the inherent friction between certain dark elements of East European geographical identity and the bright reality of the utopian, optimistic experiment of Auroville. It was also meant to explore how the location might impact the attitudes, artistic personas or even the personalities of participating artists. The process was documented on location in Auroville and select locations throughout Eastern Europe.

The question of how geographical location impacts the cultural output originating in a particular place has been widely discussed and examined across a number of disciplines, including cultural geography and contemporary art critiques. We see Eastern Europe as the home of Schultz and Kafka, long winters and endless lost wars, places full of misery, historical trauma and despair. The Holocaust was inflicted on this region and the question remains whether culture can possibly continue to thrive after such a trauma. All these themes are intrinsic to the cultural output of the region, particularly countries like Poland and Hungary - countries full of the grey spaces of a post-communist world.

Auroville (City of Dawn) is an experimental township in South India founded in 1968 by a French woman named Mirra Alfassa (born Mira Richards), who came to be known as The Mother in her adopted home of India. The town was meant to be a universal place where people of all nationalities and creeds can live in peace for the purpose of attaining unity across humanity. The town was designed by French architect Roger Anger under the direction of Alfassa and the Sri Aurobindo Society. Sri Aurobindo was a Indian nationalist, freedom fighter, philosopher, yogi, guru, known for his attempts to synthesise Eastern and Western philosophies and other disciplines.

The Auropol Mission project arises thus from multiple and interconnected traditions: from the religious traditions of India translated into the Western-European contexts (as Mira Alfassa first encountered them in France), but also from the progressive and utopian Western concepts influenced partly by Indian spirituality and further enacted in India.

There are two core theoretical concepts that shape the broader understanding of the project's central themes:

Transversality (or transversal, derived from the writings of Gilles Deleuze and Félix Guattari) refers to the interconnection of entities that have closed within themselves, seemingly without communication with the outside world. Transversals provide communication among subjects that are otherwise incommunicable. The function of transversals is to piaget replica watches assemble multiplicities, yet in such a way that the differences among given entities or fragments are not wiped out, but intensified instead. These are passages that connect and intensify differences, singularities and distances between multiple locations in a heterogeneous multiplicity.

Friction (derived from the book by Anna Lowenhaupt Tsing entitled Friction: An Ethnography of Global Connection) refers to the way universal and local values interact and the resulting transformations initiated by such encounters. Friction is a creative movement, involving multiple possible actions and reactions: conflicts, ruptures but also translations and unlikely reconfigurations.


The film project Auropol Mission  is produced and conceived by Muzeum Sztuki in Lodz, one of the oldest and most important contemporary art institutions in Poland. The project is part of of the Europa^n framework initated by Goethe Institute and Galerie for Zeitgenossische Kunst in Leipzig and established to examine issues relevant to the future of Europe as a cultural rolex replica watches and political subject a seen by way of the activities of major contemporary art institutions. Partners of the Europa^n network include the Royal College of Art in London, Goethe Institute, Muzeum Sztuki in Lodz,  Museum of Contemporary Art in Zagreb, GFZK in Leipzig, Vitamine Creative Space in Shanghai.
Adam Mickiewicz Institute has provided financial support for the production of the documentary.

“Auropol Mission" selected one of most important visual art projects in 2012;
Podsumowanie 2012, Dwutygodnik 98/2013 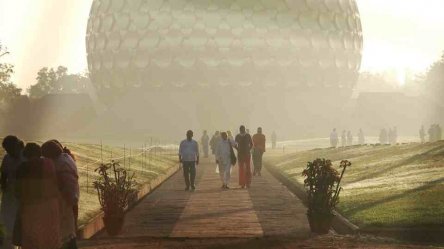 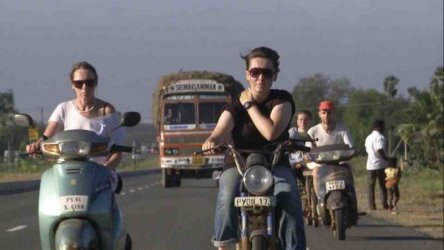 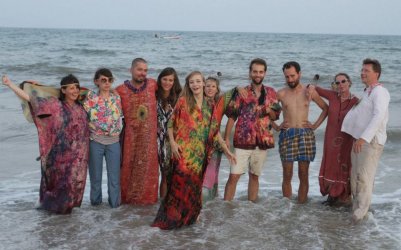