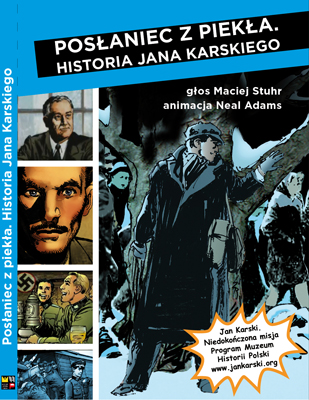 In the winter of 1943, a young Polish diplomat was asked to risk his life to alert the international community about the Nazis' mass murder of the Jews. He said yes. This episode tells the harrowing story of Jan Karski, who was smuggled into the Warsaw Ghetto and a Nazi death camp so he could witness the atrocities against the Jews and report them to the world. Karski's desperate missions to Great Britain swissbrawatch and the United States and his frantic attempts to warn government leaders and the public about the raging Holocaust shed light on a troubling question: What did the international community know about the Nazi genocide--and when did it know it?